The widely popular Jhanda Mela began with a gusto on the same day the world turned green celebrating St Patrick’s Day. Here it was a sea of saffron as far as eyes could see, it was the opening event of the annual pilgrimage to the Guru Ram Rai Darbar Sahib.

For the uninitiated, the Darbar Sahib commands a great deal of reverence among folks in the town and from across the neighbouring states. If the local newspaper reports are to be believed, near about ten lakh people came to make their presence felt.

Usually it is an oasis of calm in the middle of a churning storm of crisscrossing alleys and lanes, redolent of heat and dust and horns and cries of a million people packed in an area the size of a postage stamp.

I for one, love the Darbar’s breathtaking murals that are more than hundred years old (blogged about it quite intensely earlier) and the feeling of being far from the maddening crowd.

Today was not that day for calm and quiet.

Sprightly lads, elderly men and women, young parents with babes in arms and toddlers in tow, all took over the roads with the determination of zealous faithfuls. Plus the saffron turbans and head scarfs gave them away. 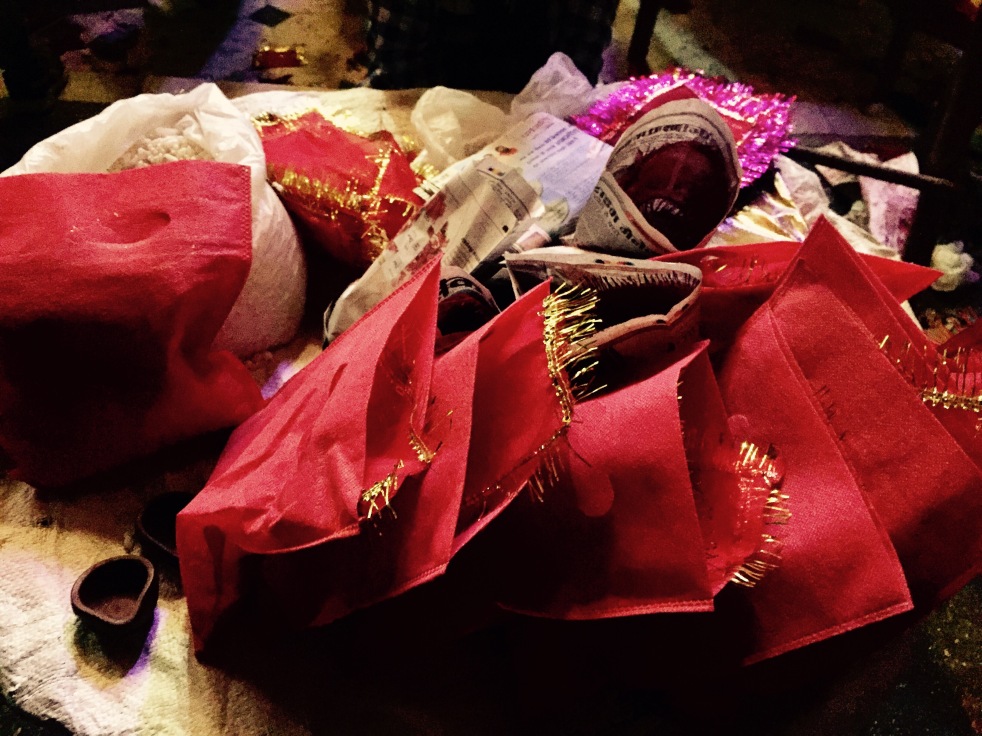 ‘Sealed with a prayer’

Undeterred by the prospects of being swallowed and wrung around by the mammoth crowd, I was there on the very first evening to experience the Mela magic. I also had one sullen teen, one curious teen and one big cheery man for company.

I’d be lying if I didn’t say that I was very worried of our phones being nicked and the pockets picked and not to forget the expected unsavoury element lurking in the crowd. So I did what I usually do; broadcast my ‘be alert’ bulletins regularly. Pretty soon I had two sullen teens on hand and one big moderately cheery man.

Anyway I lived to tell the tale and it was a happy one. Yes ! The crowd was gigantic but respectful and we came back with our phones intact, can’t speak for the money though (spent it all on trinkets).

Now to the beginning of the story. 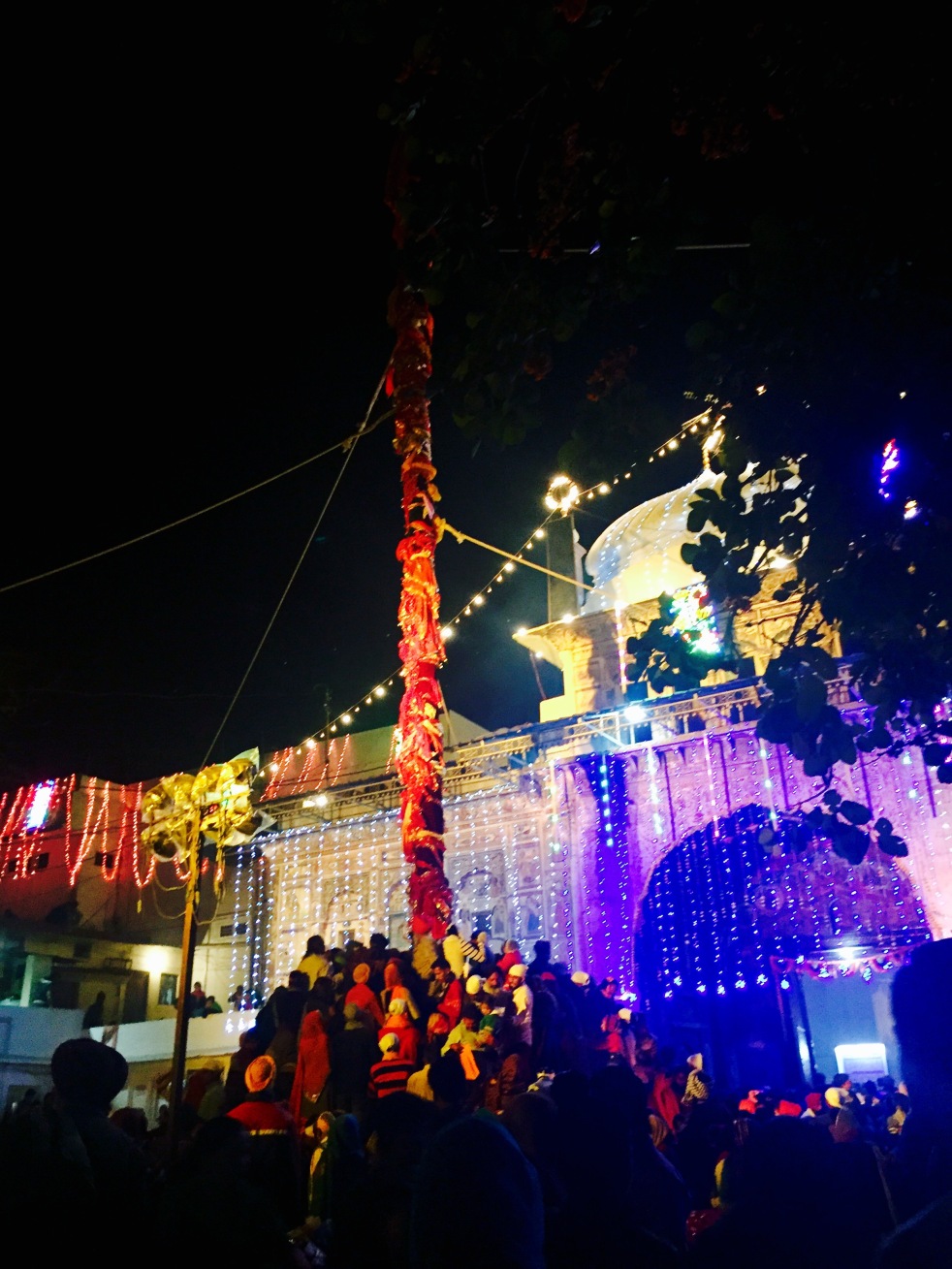 As we neared the venue, amidst the noise and cheer, picked on the dhol (drum) beats that literally made us push forward to see a sight that left us awestruck. Among the hawkers, gawkers, merrymakers, stood out the many devotees, all vigorously reaching out to touch the symbolic Jhanda(flag staff) in reverence, their lips moving in prayers. Nearby spotted a pair of young men who were responsible for the enthusiastic drumming and the night took on a magical glow under the twinkling fairy lights.

I wish I could describe the hum of positive energy all around suffused with an irresistible festive gaiety.

Then of course there was the fair, a slice of quintessential India so far removed from the glitzy malls of the cities, yet same.

This was a place where folks from all strata rubbed shoulders, squealing in delight, bargaining and indulging in tickling their tastebuds – woks to stir fry noodles that happily took their place next to spicy chats and sweet gulabjamuns. 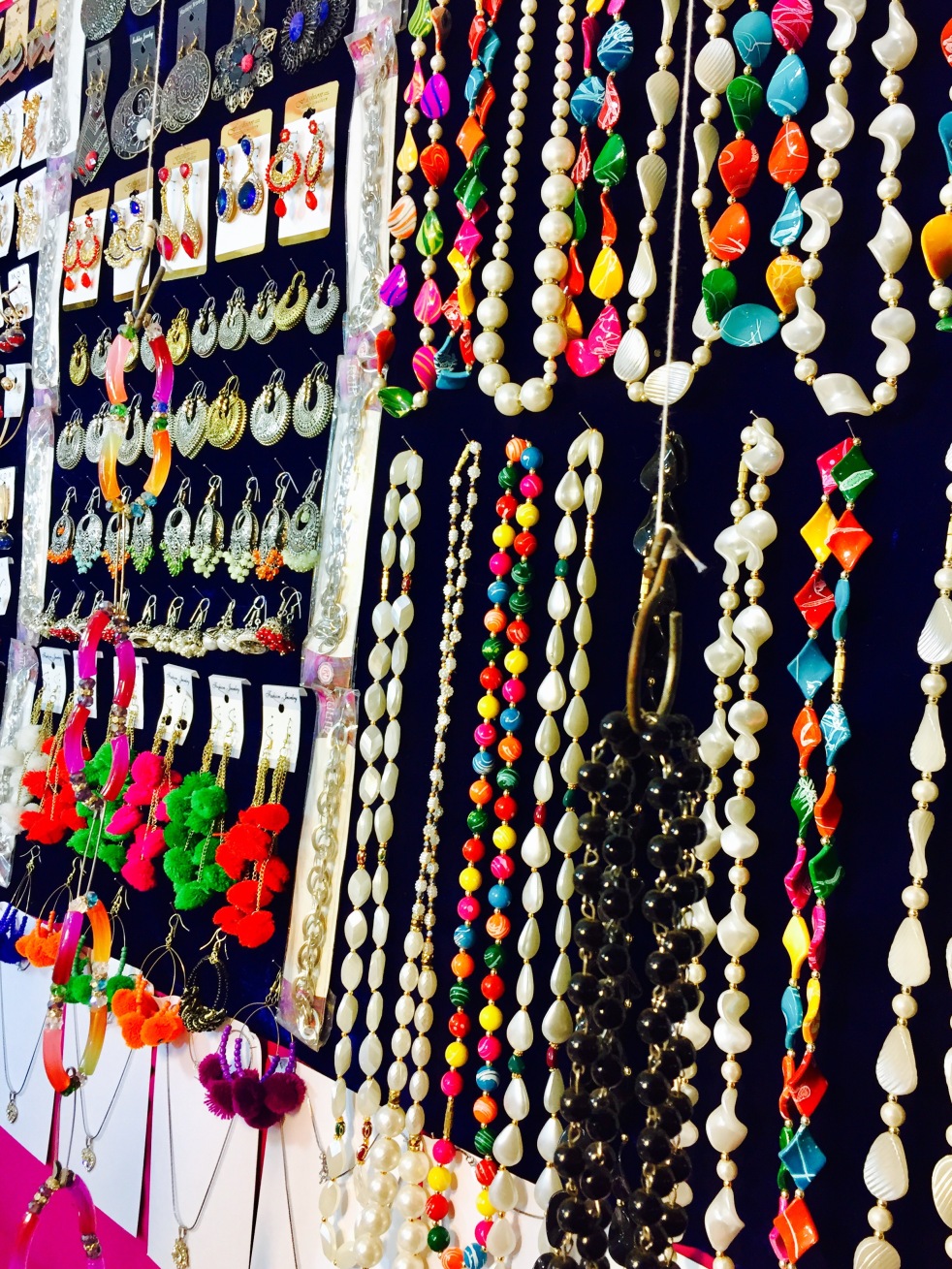 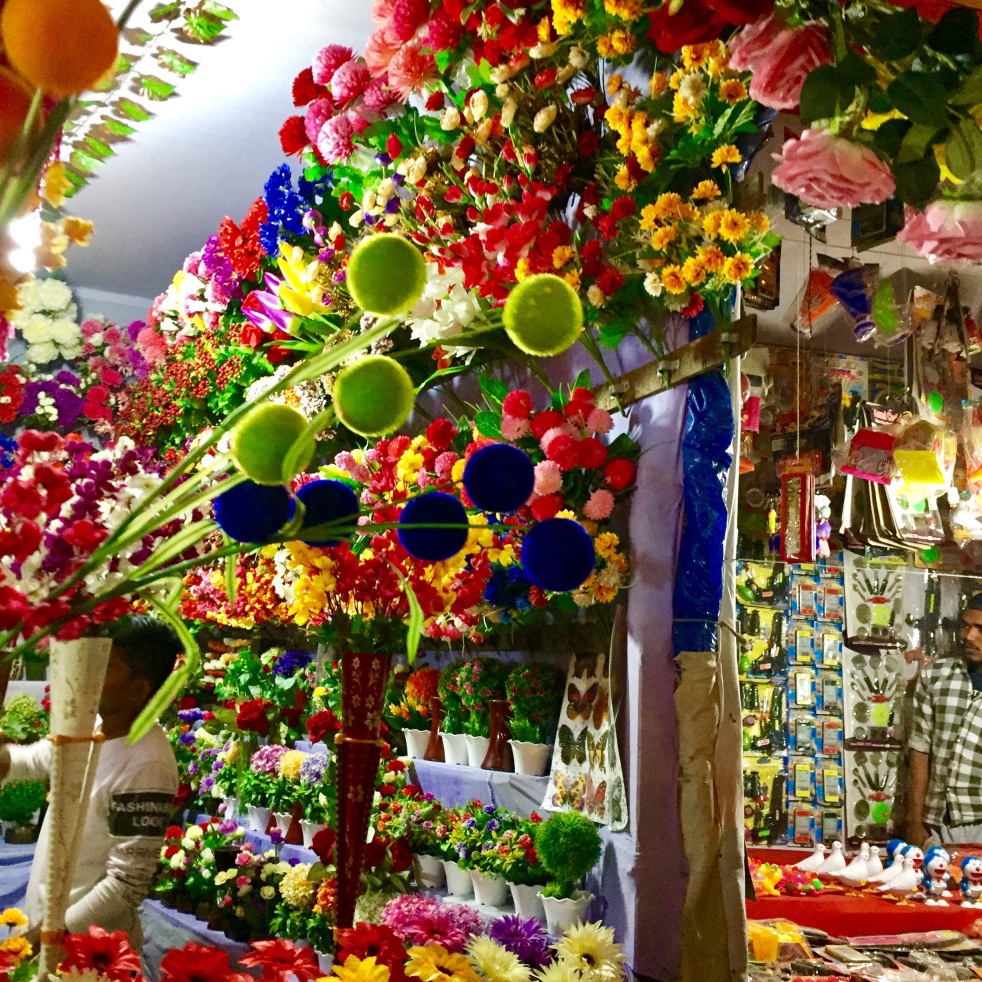 I did mention the fair catered to the interest of all.

Inking in the dark!

By the end of day, I would like to think the spirited atmosphere improved the general spirits of the grumpy teens; it was an undeniably a memorable occasion offering a different kind of perspective, of an old world charm thriving in a place where swanky malls have taken over as the destination spots. 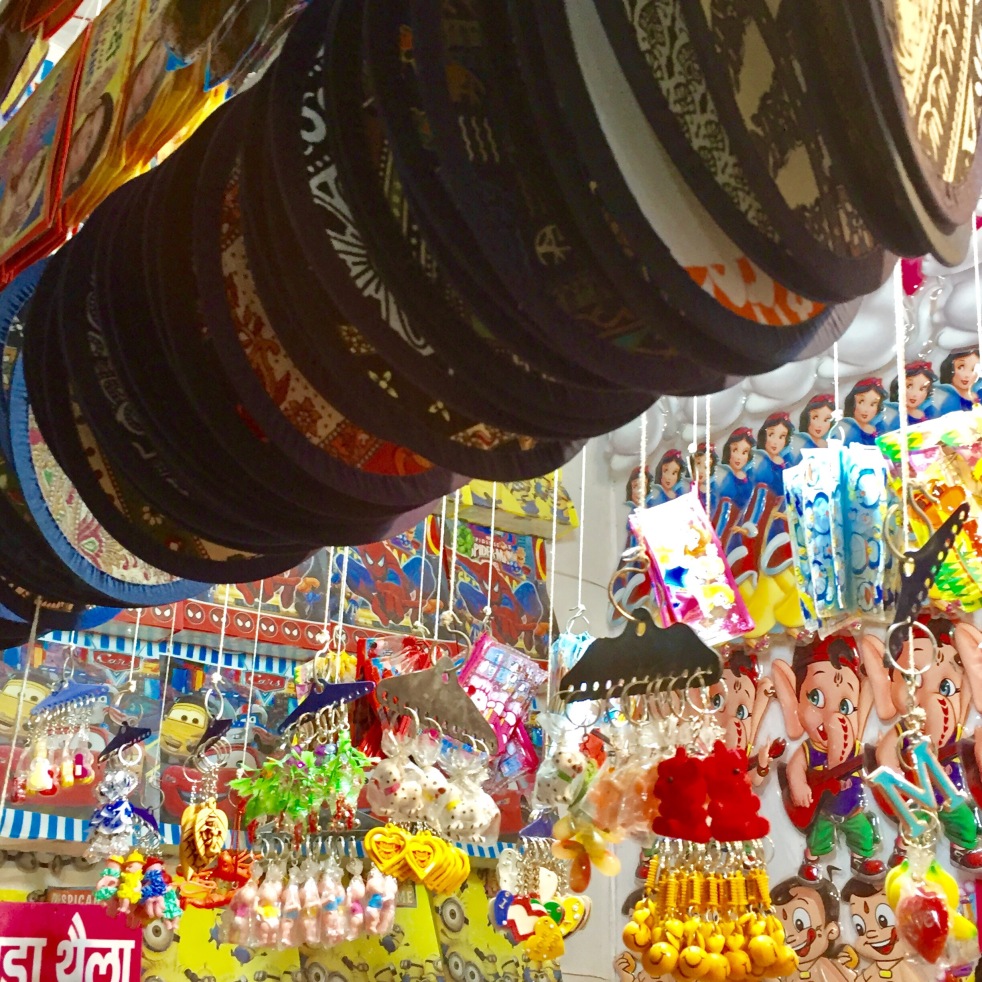 If nothing else, it will make for a great story to be shared in times to come.

12 thoughts on “My Hymn For The Weekend-The Jhanda Fair”