So how outrageous do you have to be to stand out, grab eyeballs, jab the curiosity button, halt someone in their scrolling tracks?

How about zombies, flamethrower and ELON MUSK the tweeter!

Well, he has a factory for sure; a genius who dabbles in reusable rockets, electric cars, solar batteries, implanted gizmos and lord knows what else.

Could he build zombies too ?

This was the man who tweeted Falcon rockets, their launches, Tesla cars, all science stuff in the past. He was going to make my dream of travelling to Mars come true.

Are we leaving Earth early?

C’mon Google, the game is afoot .

So it was up to the company site of Boring flamethrowers to prove that this was not a hoax, the Zombies maybe but definitely not the flamethrower. 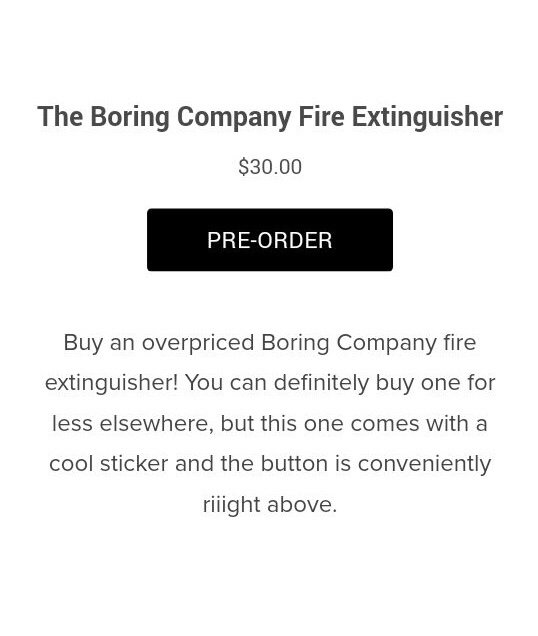 Yeah! Who can resist term and conditions and advertising spiel like this.

So was it a clever gimmick to raise money? I can only imagine his tunnel project which was in news, soaking up money by the boatload.

Apparently the Tunnel Project, the idea to bore tunnels underground (I assume there are no mountains or hills) to ease traffic congestion was conjured one fine day while our Genius was caught in one. 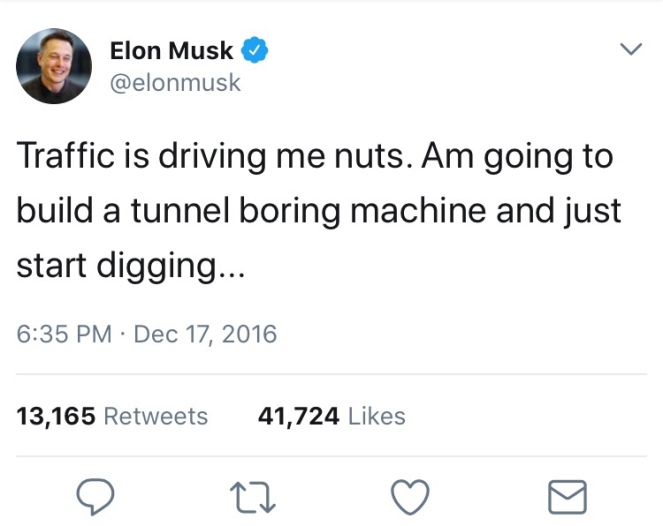 I could sympathise with that, the frustration, the slow burn that turns into a full blown temper tantrum especially when you are literally going nowhere, boxed on all sides by equally bored drivers.

The difference is, he did what he said.

Begin work to bore a tunnel from his workplace to his home, if the reports are true.

That’s how The Boring Company came into existence.

Check out Mr Musk’s vision for the tunnels, the future is already here and there is nothing ordinary about it.

Now for the latest update …

Seriously, how can one get bored with this company?

One thought on “A tweet that raised the Boring Company stakes”