I am in a train returning from Jaipur and this is all I can think of- elephants in Jaipur and not the usual camels associated with the desert state.

Apparently I came across one on each day of my short visit, which is mind boggling in itself. I had hoped to see camels roaming the streets but then that’s what travel does- shatters preconceived notions.

The first time I saw during this trip was one lumbering outside the Govind Dev Ji Temple. My phone came out in a flash and I couldn’t resist clicking the magnificent creature.

How can you come across one face to face and be untouched by it.

The same evening I read that elephant rides could be booked for going up the Amber Fort.

Hmm… wasn’t really tempted although Trip Advisor had a few reviews talking of it.

I instead used the elephant ride as a bait for my reluctant friend who was already sick of exploring forts and palaces in the blazing sun. I also threw in a promise of my most amiable companionship for shopping in Jaipur’s famed market.

So with that ready, we were good to go but I guess nothing really prepares you for the real deal.

Firstly the sun was sizzling and the taxi dropped us at the foot of the Fort where the car park was situated. 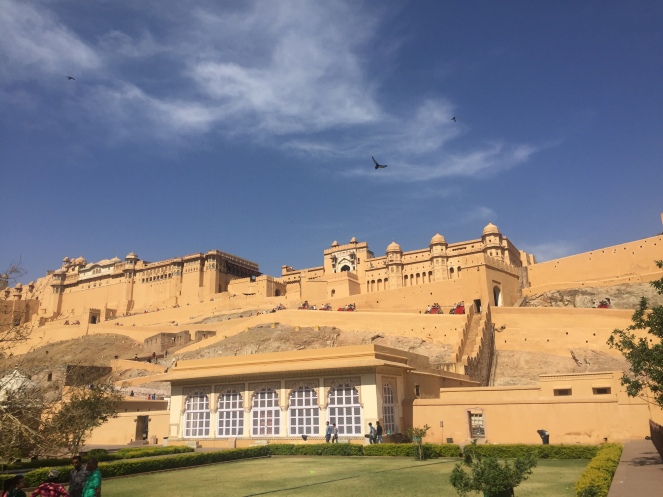 Although I was ready with an umbrella, comfortable shoes, oodles of energy, the climb looked daunting and long. My heart skipped a beat and I bet my friend’s sank like a stone.

As we trudged along with the other huffing and puffing tourists, we caught our first glimpse of the royal elephant train.

Instantly we were galvanised. 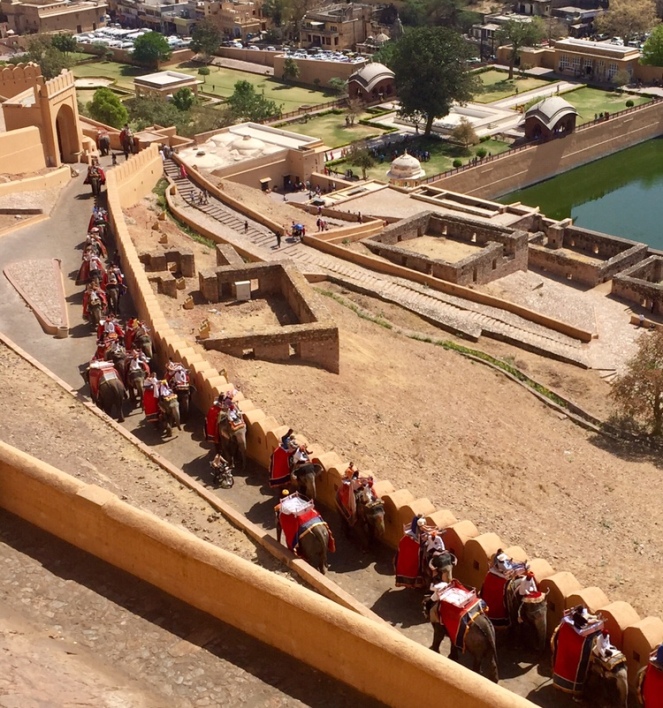 Excitement ran high as we stared in wonder and then went on a clicking frenzy. 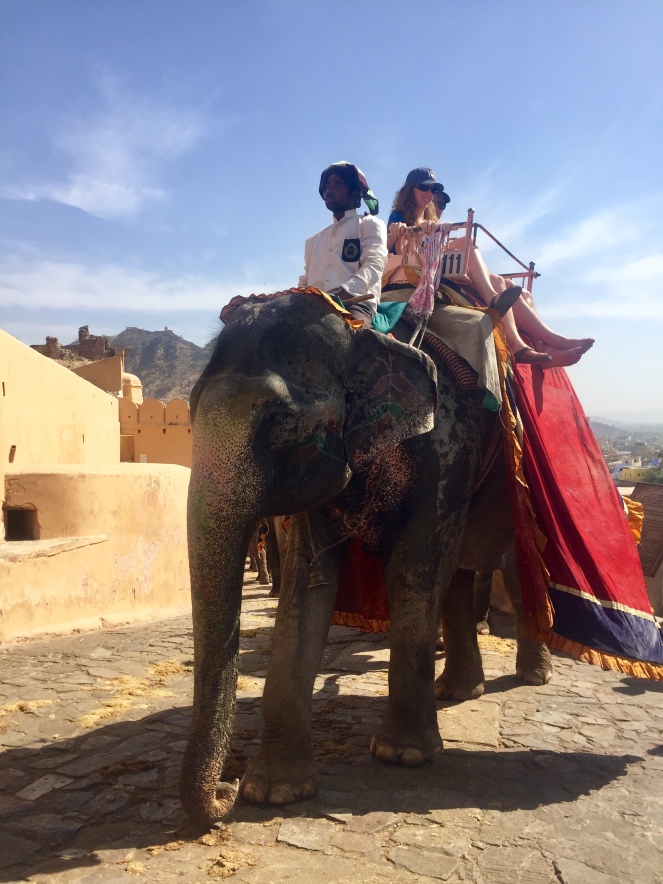 My friend was very keen to hail a ride but the ticket counter was at the bottom of the hill. We had come a long way and there was no way we were going back.

Well, we didn’t get the ride but I got some cool pictures.

Today morning, our last effort to get to the famous Jauheri Market was fraught with an unusually long, extremely hot, frustrating traffic snarl. A bunch of ladies in a rickshaw similarly stuck along side caught our attention. They were excitedly gesticulating among themselves to something at the back.

I turned and the sight took my breath away.

An enormous elephant stood right behind us, patiently waiting for the traffic to move. He waved his trunk and sprayed his body with water, while delicately taking his place on the road, unfazed by the cars and the auto rickshaws. The people around him in the rickshaws arched themselves away from the spray and his swinging tail.

Did the elephant know it had to avoid getting too close to the vehicles or it may get hurt? Will it get a warning ? Will we get one too? 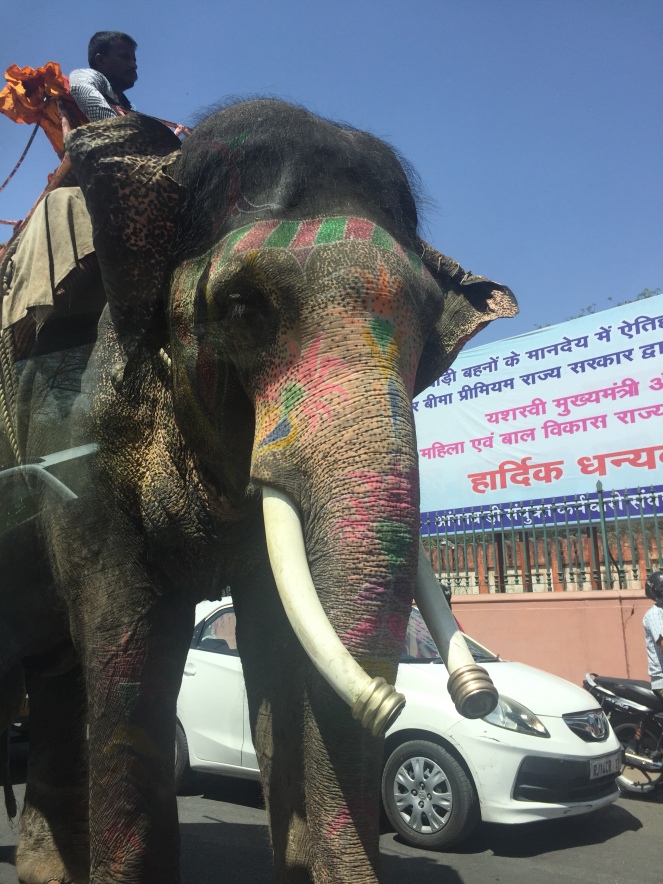 Here we are, a diminutive species that has tamed the world’s largest land mammal but do we still need to?

The traffic signal turned green and on cue, he began to move forward.

That was the last I saw of the gentle giant.

7 thoughts on “Going Elephantastic in Jaipur”