Four memorable days in Stockholm was not a tall order but I was determined to make every hour count. So you can imagine my excitement as I sat peering through the aircraft window for my first glimpse of the city.

“Venice of the North“, was what my classmate had called it.

I could see why.

Stockholm will go down in my memory as a place with bluest sky to rival its blue water. The air was always crisp and fresh and the warm sunshine bounced off my skin. 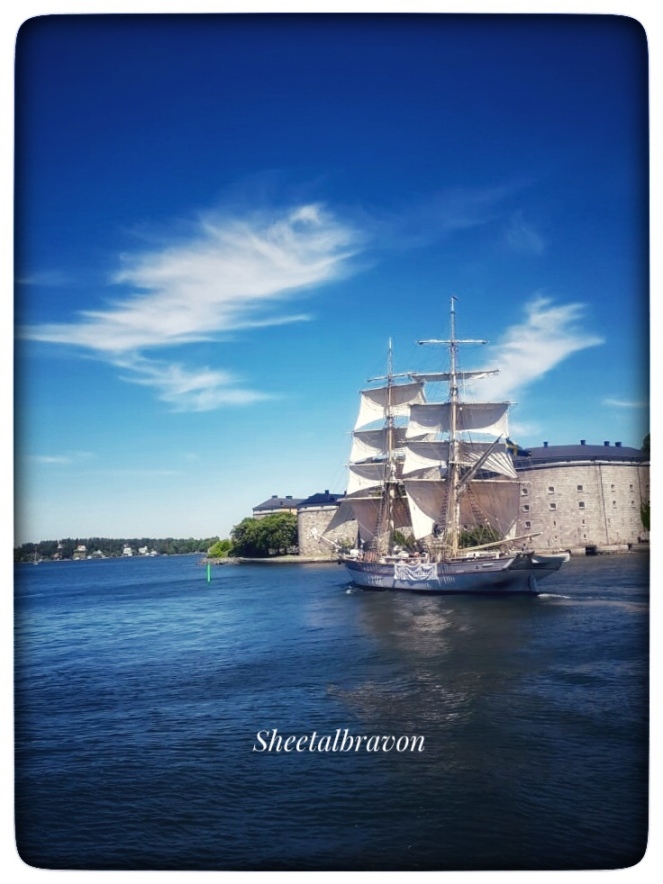 This was the place where day stretched into night and I could no longer keep track of time. In fact, I spent almost all nights staying up well past the midnight hour to watch the sky turn purple; it never turned completely dark. 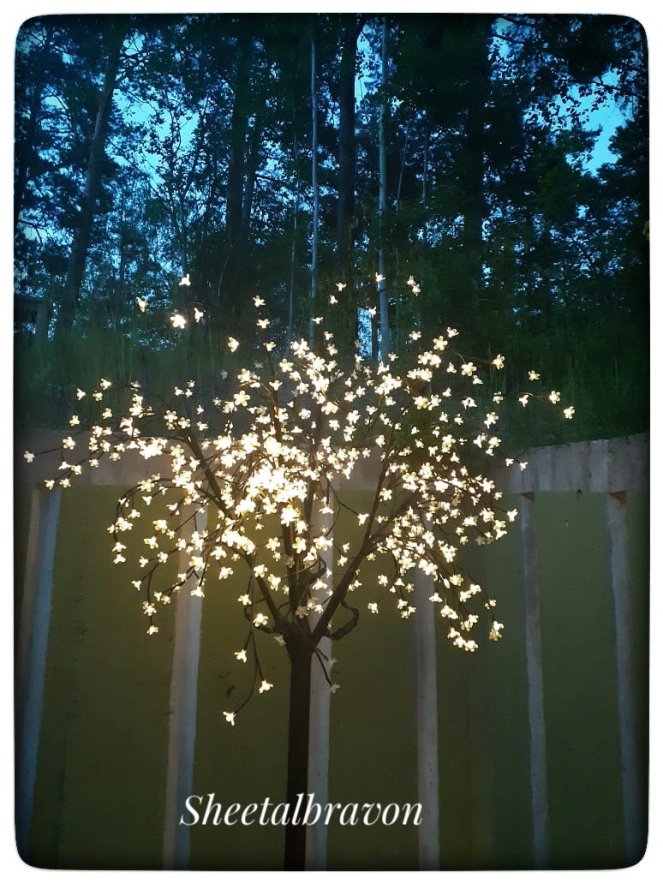 While I was there, I stayed in a gorgeous house in Täby with my warm hosts. I remember how their wooden deck looked out to a stunning view of green trees and a winding lane that climbed and dipped. Magnificent bungalows clung on either side and the most surreal part was to see a boat parked alongside cars in the driveway.

That was something I hadn’t seen in India.

In fact Stockholm was one place where I saw boats of every kind, size and from every era . 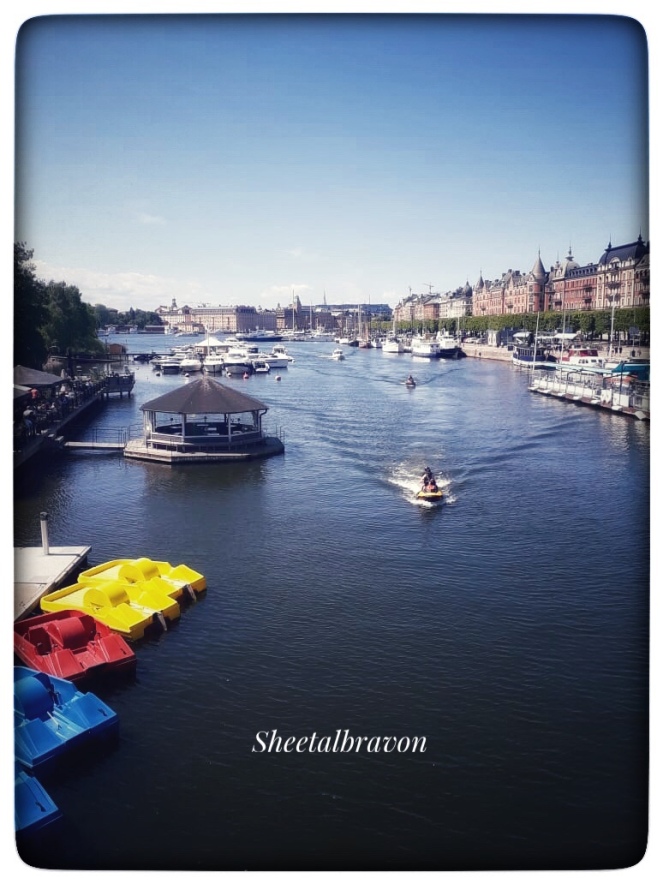 I say era for one has to visit the city’s most popular tourist attraction – the Vasa Museum.

I’d like to call it The Swedish Titanic Museum. 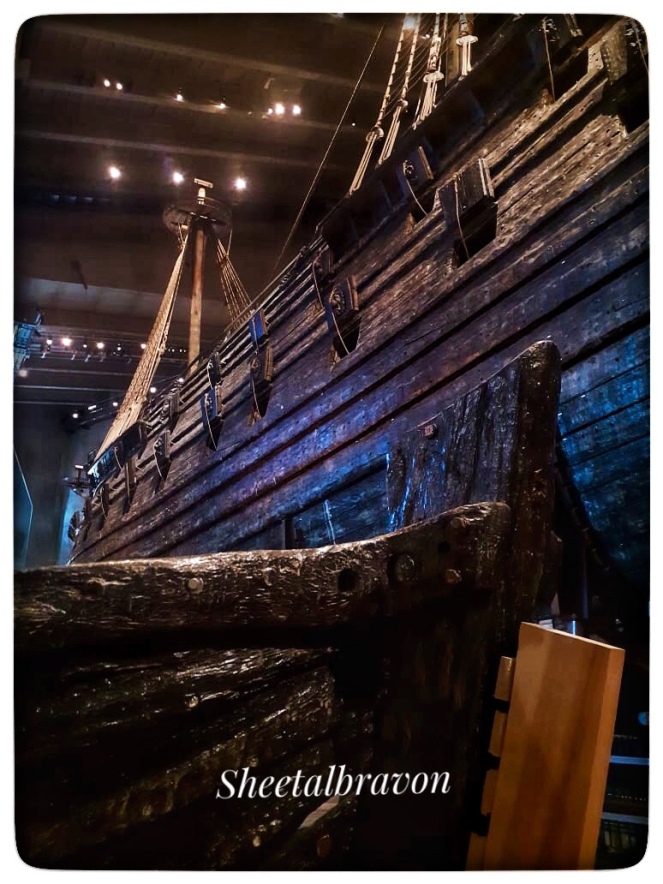 Like the famous ship, Vasa sank on its maiden voyage thanks to a faulty design, barely out of the harbour right in the bay. 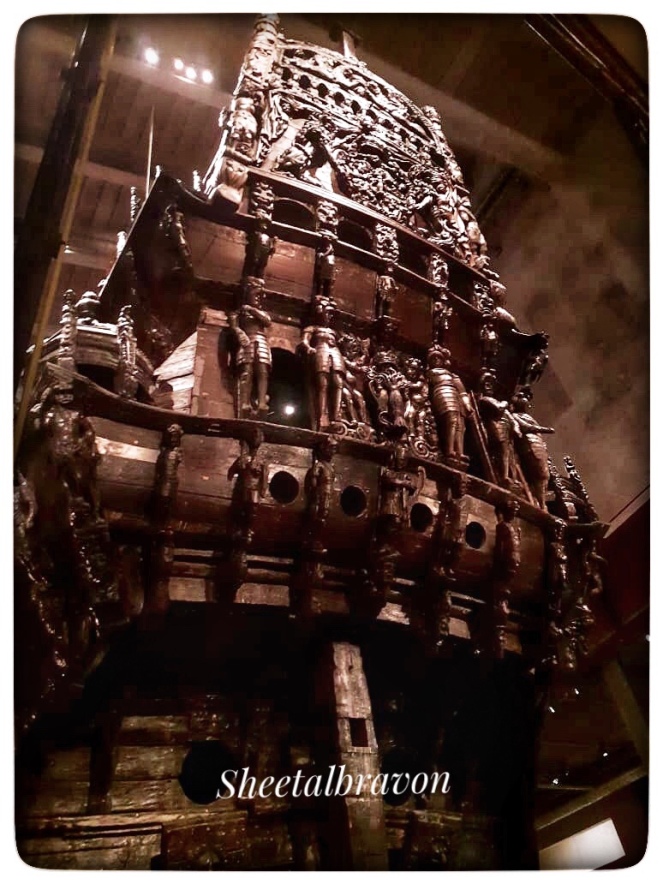 Once salvaged, it was restored to its original glory and displayed.

The museum was built around it, documenting the journey of the people involved in locating and raising the ship from its watery grave. 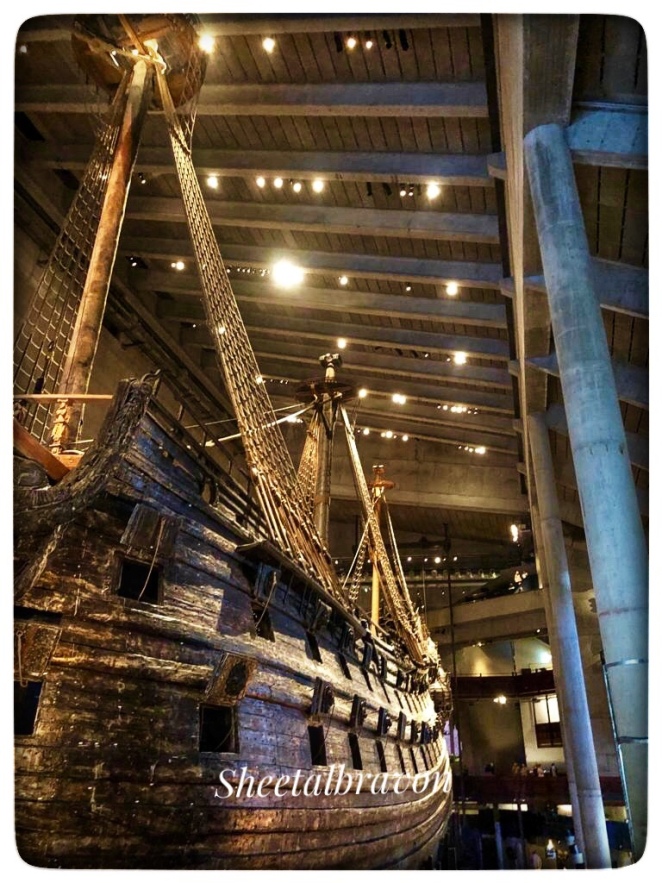 Talk about an arresting centre piece!

As I said, Stockholm and ships were inseparable which made sailing a must.

There were dozens of guided boat tours that offered tours of ‘under the bridges’ and ‘across the archipelago’.

Venice of the North demanded it!

A word of advice for the archipelago tourist- take a wrap for it gets bitterly cold, even in June, if you opt to sit outside like I did. The view is fantastic and a swell place to shoot. 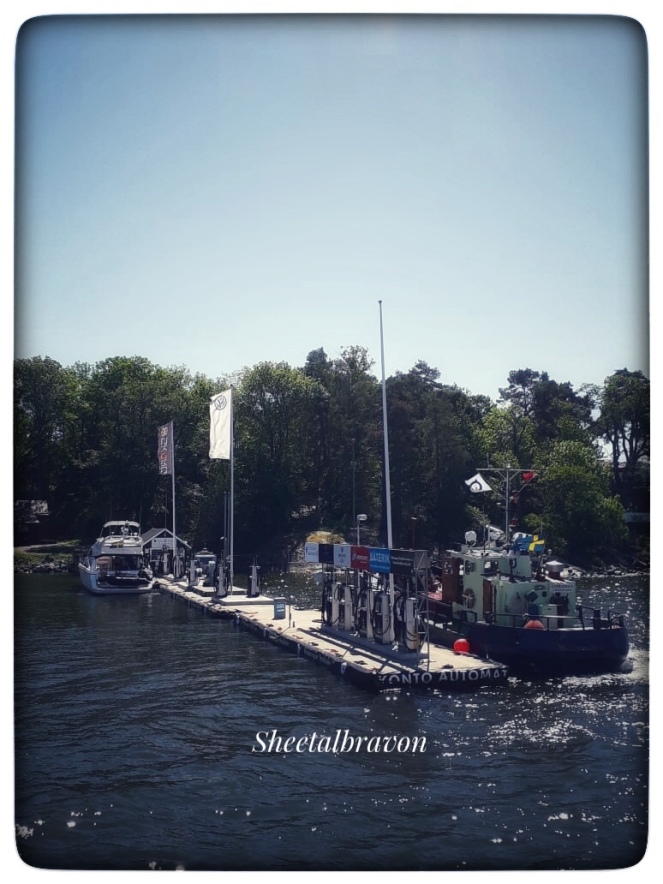 On the other hand, it can get extremely hot when the sun falls directly on you. I stayed but then beat a hasty retreat inside; there were windows to peep from, comfortable sofas and free wi-fi.

Skansen was another museum I went to. It was billed as an outdoor museum that had a story to tell.

It showcased a township with different houses, various professions and lifestyle from the good ole days to Viking rune Stones stuck on ground .

Yes! I was a devoted fan of the series Vikings till the blood and gore got to me. 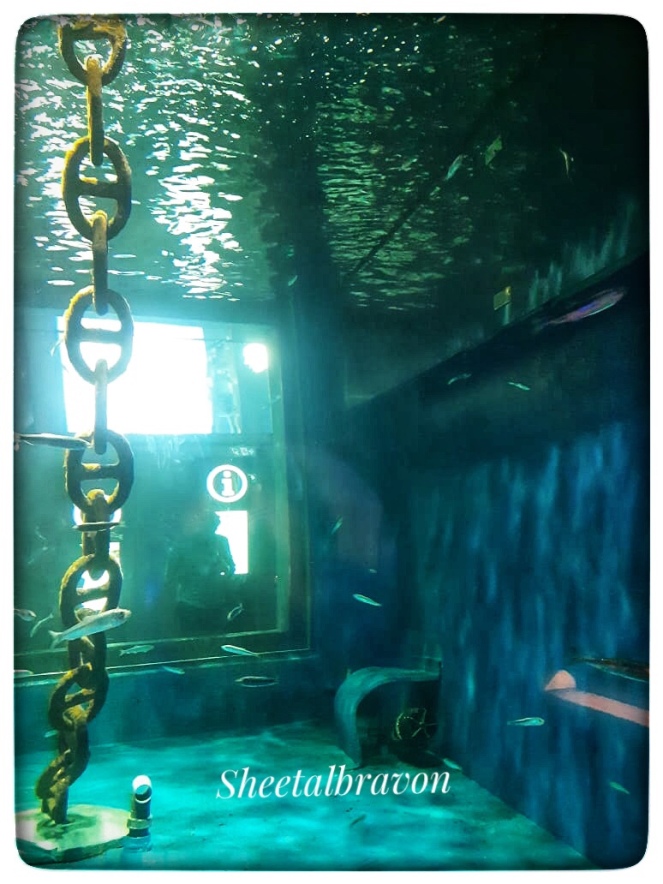 I received a crash course on live Nordic animals, twirled in delight in the massive Aquatic World (my favourite) and became a kid again checking the interactive environment conservation modules.

The Swedes are really serious about conservation.

Oh! I also had my first ever vegan burger there and it tasted just as good.

Then there was Gamla Stan, the old part of Stockholm that came with its iconic building, narrow lanes, roadside cafés, interesting menus (reindeer roast anyone?) and colourful souvenir shops.

Perfect place for a fika break.

Ok! Fika happens to the most legendary of all Swedish tradition – a coffee / tea break accompanied by kanelbullar (cinnamon buns) or kardemummabullar (cardamom buns).

It reminded me of our Indian chai breaks. I didn’t miss the samosa or pakoras but there is nothing like a cup of scalding hot ginger tea. 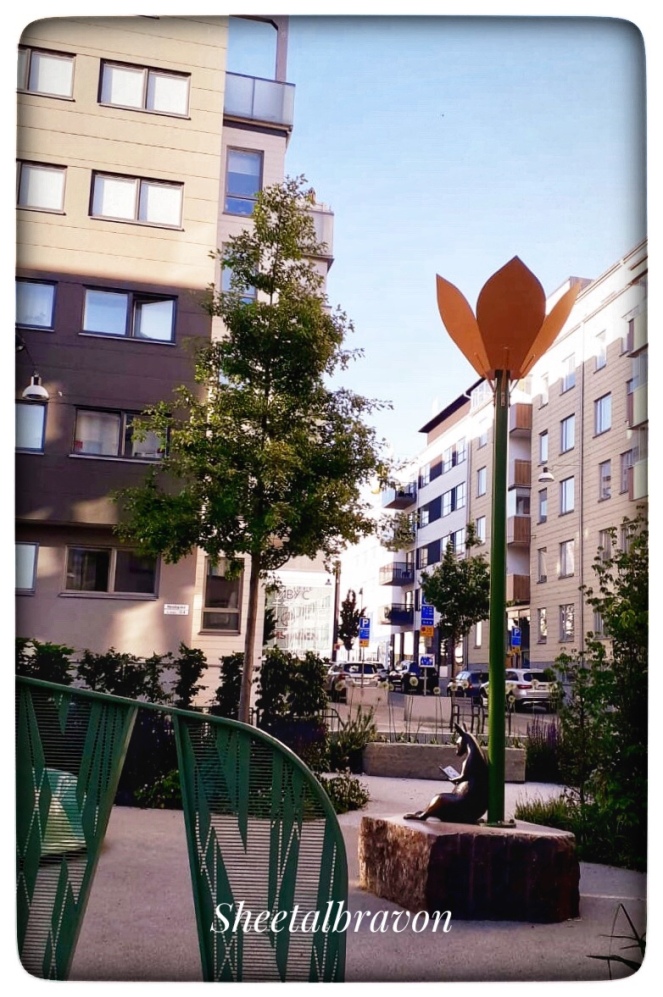 By and large Stockholm was a quiet place, the people kept to themselves.

The only time I went to a mall and I was zapped to find it almost deserted. Anyway, that was the perfect place to get my lingonberry jam, the divine tasting chokladbollar ( chocolate balls) and Swedish liquorice Candy.

I discovered the Swedes were punctual to the second when it came to closing shop. On Sunday they shut at 6 pm sharp. The sun may be blazing outside, the shops are closed and you are out on your own.

Come to think of it, not a bad proposition at all. 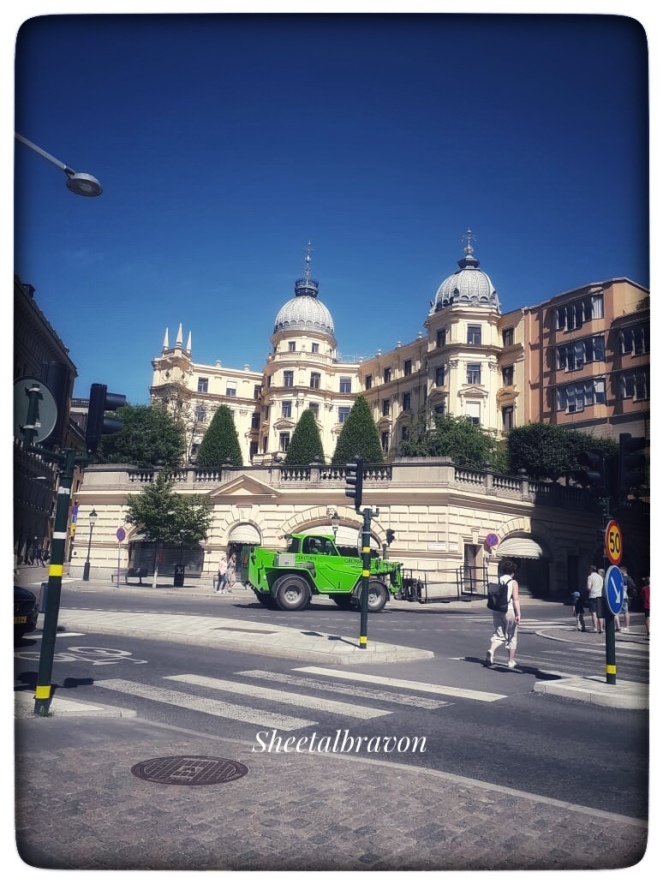 Then there were the Segway scooters, the hot wheels for the Swedes and the cycles. The people are really into health and fitness and sunshine. If the sun is out, you can be sure of finding scores of sunbathing folks sprawled by the side of the road or on the rocky shore.

Also a special mention of my vote for the city with the cleanest public toilets. The latter is something I never take for granted and here they were clean everywhere, even on a boat tour that had just two stalls and no attendant.

I could almost weep with joy. Now that’s a Swacch Abhiyan worth emulating.

So when I think of calm, it’s Stockholm all the way – the air is fresh, the sun is warm, the sky is cobalt and the aqua is more than fine. 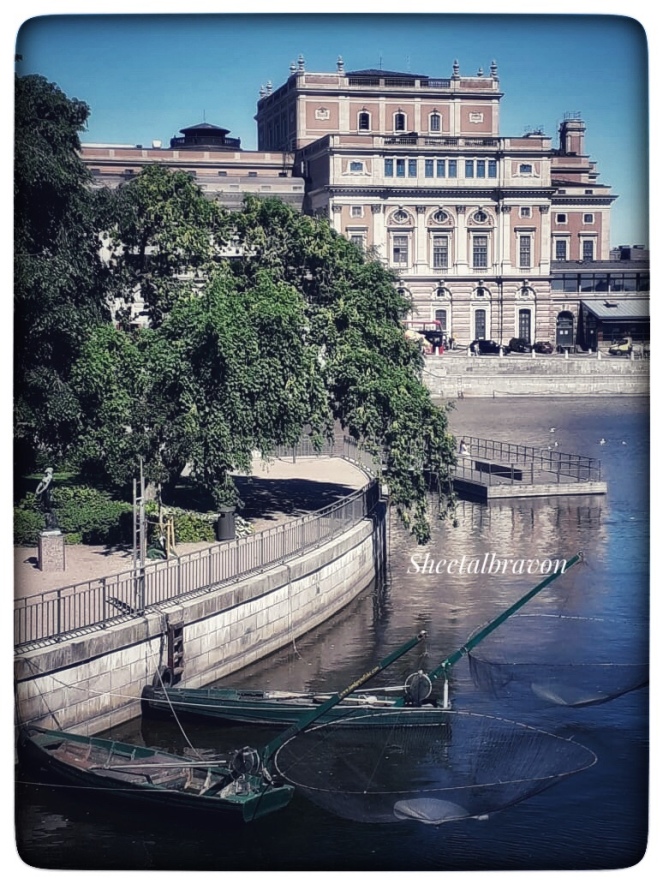 The people are polite but quiet. Even the kids don’t scream, squabble or are loud. I know it from experience because I neither saw nor heard a child or a neighbour in Tâby although I was assured there were there. 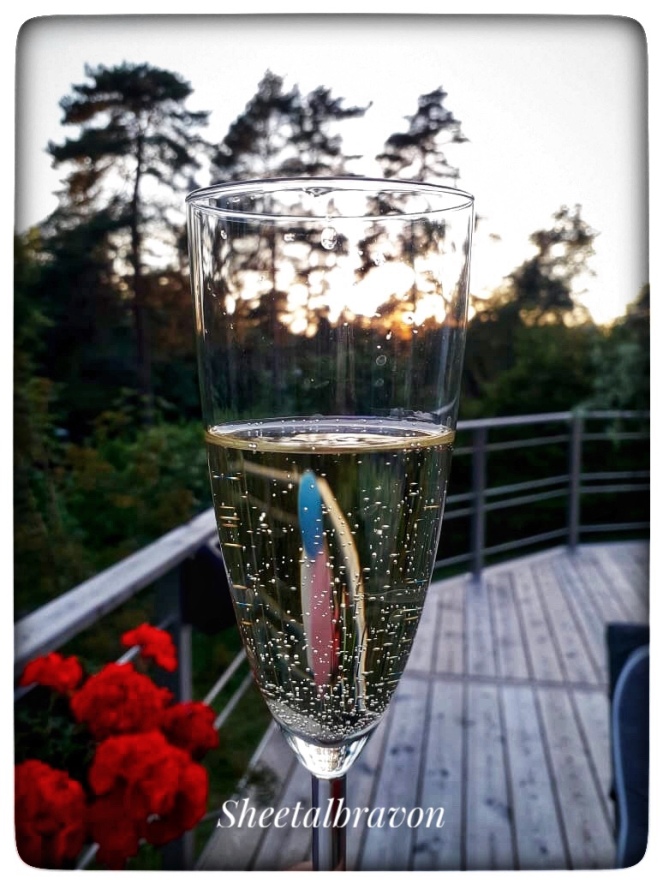 You will be always remembered fondly.

The Wander essence: On Journey

22 thoughts on “Sleepless In Stockholm”