Things I tell myself the night before Sunday walk:

a) Be resolute, be strong.

Be ready to abandon bed-blanket on a Sunday morn.

b) Be on time to hit the trail.

Last Sunday, I was on time for the walk or as I fondly call my time travelling adventures into the past.

This particular one took me through the heart of an Indian market-Dehradun’s Paltan Bazaar. It is usually the bustling kinds where one is swept along by the flowing sea of humanity; at 7 am on a cold December day, it was virtually deserted.

Interestingly the walk leader of the excellent Been There Doon That group described the market as the spine of the city. It literally snakes its way from the Clock Tower (Doon’s most famous landmark) to the Darbar Sahib with its gorgeous murals at the other end. Also as mercantile activities go, it reigns supreme as the backbone of the city.

Ok! I have to share the enthralling revolutionary tale first that had its beginnings in Ghosi Gali.

A popular tailoring hub, Ghosi Gali is a network of crisscrossing narrow lanes adjacent to the Paltan Bazaar. Once upon a time it also happened to be the lair of a famous freedom fighter, Ras Bihari Bose.

What did I know about him other than his name? Nothing really.

Apparently Mr Bose while manning a clerk’s desk in the beautiful FRI, quietly plotted to assassinate the British Viceroy in Delhi, the most powerful man during that time. Imagine the kind of personal security (he was sitting on an elephant) and then to actually have a bomb dropped on him.

What an extraordinary feat!

He survived and so did mastermind Ras Bihari Bose who evaded capture, came back to Doon and resumed work, travelled, joined other revolutionaries. His thrilling journey culminated in Japan where he introduced the Indian style curry to the Japanese and lived out his last days.

Now that is a blockbuster waiting to be seen on the big screen.

As for Paltan Bazaar, it sprang to cater to the needs of the British platoons during the Raj (hence the name).

That morning, stories were shared of traders from this very market who planted the fragrant, long-grained rice which came to be known as Dehradun Basmati. They got it from the exiled Afghan kings pining for the taste of their homeland. Tales of nautch girls and brothels that flourished right where the staid, run-of-the-mill furniture showrooms stood and canals that flowed right where we walked seemed like a figment of imagination.

As the sun grew stronger, we picked up pace to catch glimpses of some more remnants of the era gone. 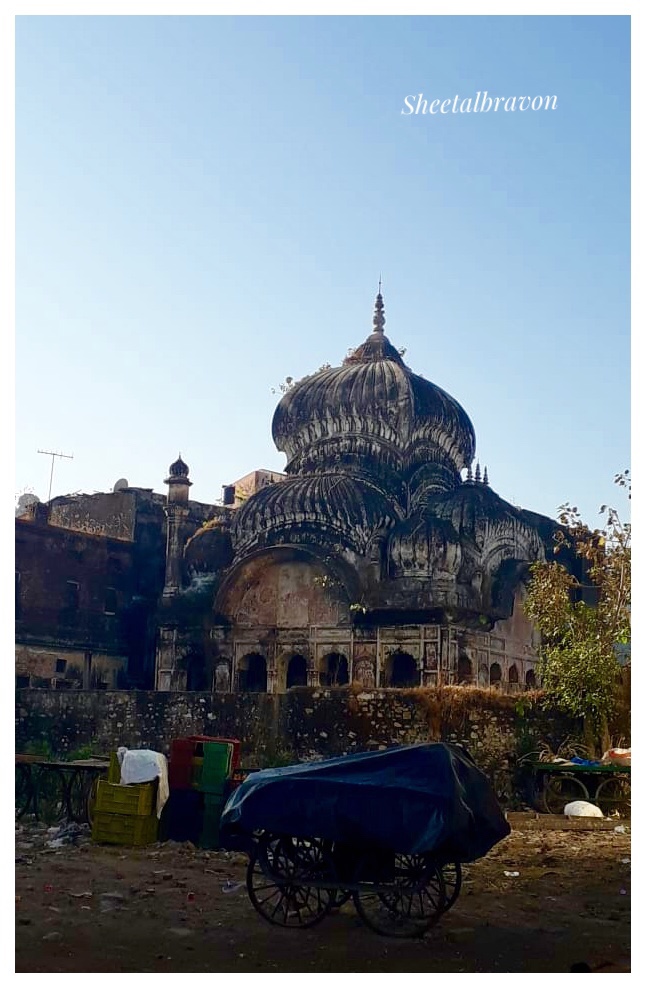 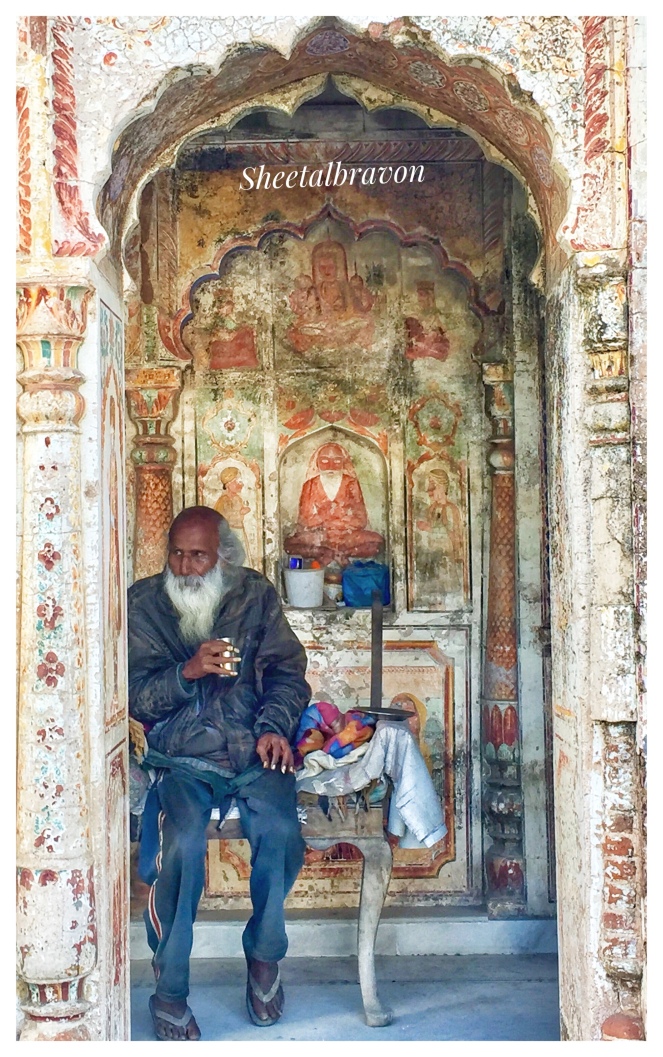 This homeless man bore a striking resemblance to the man in the mural behind him. The surprising part, this structure is around three hundred years old!

My favourite also included these gigantic gates called Hathi Dwar guarding old mansions, hidden from the view by a market chockablock with shops and vegetable vendors. These fancy gates were presumably large enough to allow an elephant to pass through. 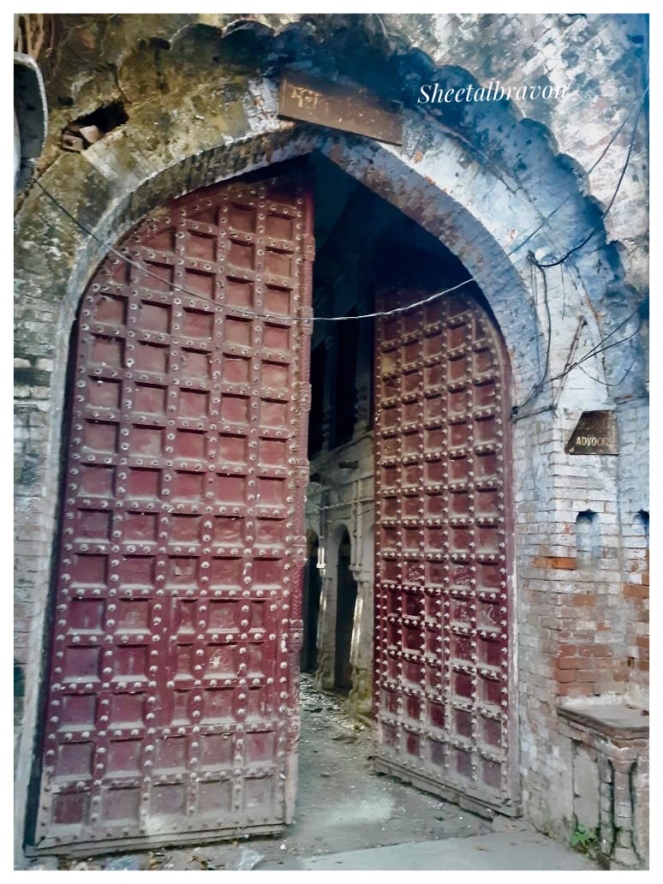 Today there are no elephants to glide majestically in this urban jungle but the signpost of past riches still remain.

I wonder for how long? 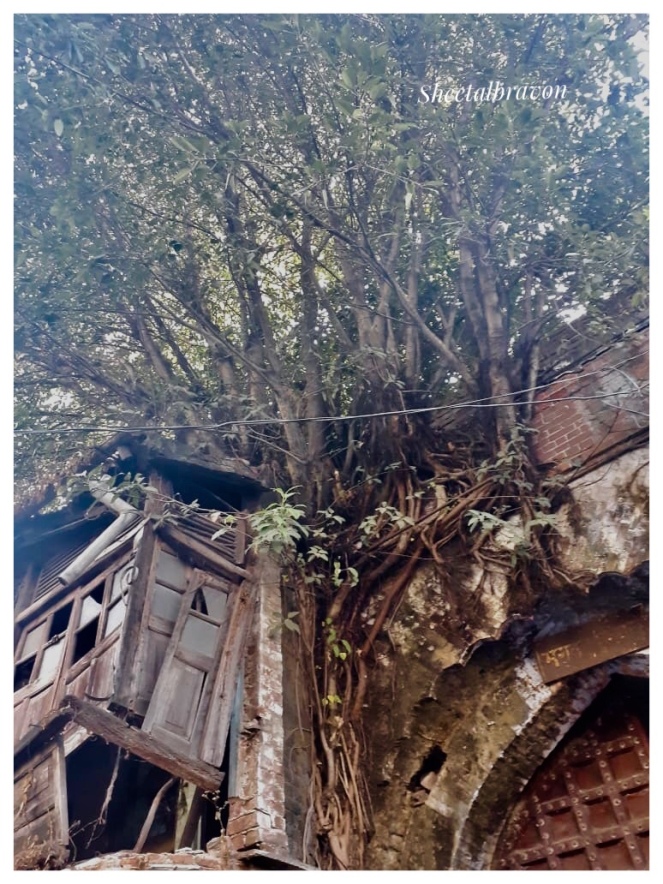 Nature is already reclaiming some.

Others have disappeared like the second oldest post office which was functioning a while ago. Now only a derelict looking letterbox hangs there to mark the spot.

Maybe these time travelling expeditions will breathe life into their stories and make them relevant again. History definitely has to be more than just learning plain, boring dates.

Fading into obscurity would be choice then. 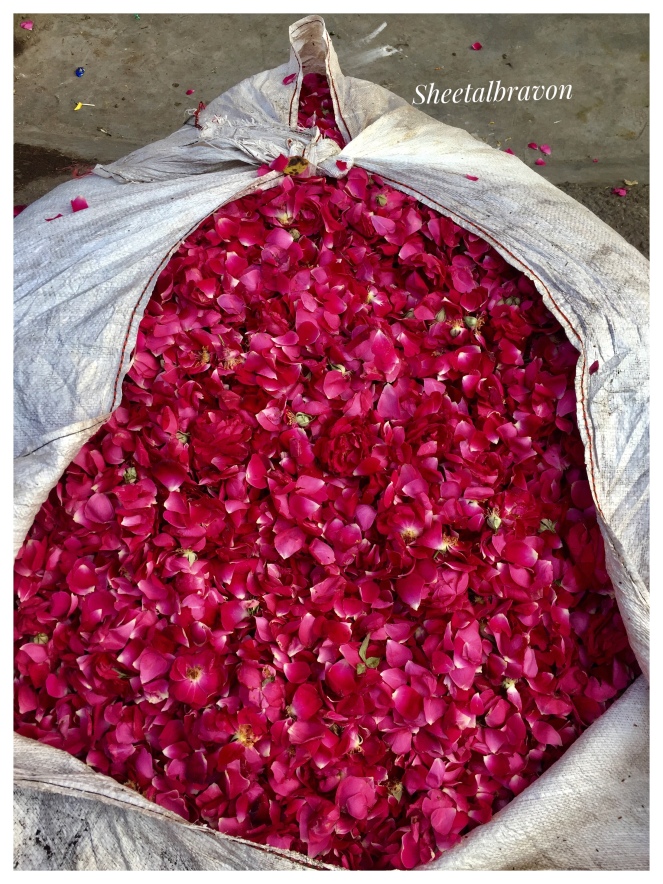